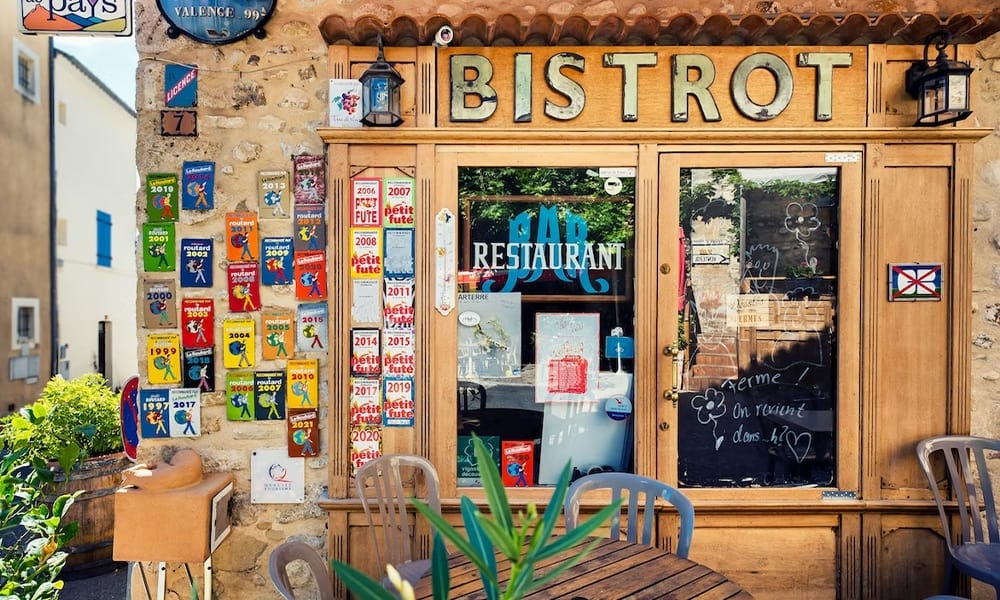 What Is a Bistro and How Does It Differ From Other Restaurants?

Ask 10 people, “What is a bistro?” and you’re likely to get 10 different answers. That’s because the concept has evolved since its inception in France more than 200 years ago and then changed even further when it was introduced in the United States.

In this article, we give you the definitive answer to the question, “What is a bistro?” and discuss how it differs from a restaurant and other types of food-service establishments.

What is a bistro?

No one is sure where the term “bistro” actually came from.

Some linguists and etymologists theorize that the word began its life as a term of encouragement (or, some might say, complaint) during the Russian occupation of Paris at the end of the Napoleonic Wars (1803-1815).

According to this theory, Russian soldiers used a Slavic word pronounced like “bystry” — which means “quick” or “hurry” — to demand that their food be produced as soon as possible. The term stuck, and restaurants that served simple food quickly became known as bistros.

Nowadays, this theory is largely apocryphal, and linguists and etymologists cite the fact that the word “bistro” doesn’t appear in print until the late 19th century, 60-75 years later.

As an alternative, they posit that the term is a disambiguation of other French words — some of which are no longer used — including bistrot, bistingo, bistraud, bistouille, and bistroulile.

While the term “bistro” may have entered the French language much later, the concept of the bistro did originate in the early part of the 19th century.

It was conceived as a type of perk that a landlord might run out of the basement of an inn or apartment in order to increase their income. Guests, renters, and the public were welcome, and the food was simple and made with ingredients that could be stored easily for a day or two.

As the concept evolved — and eventually crossed the pond — it came to be characterized by three variables: food, price, and formality.

A modern bistro may serve any type of food, but they most commonly offer either locally inspired dishes or traditional French cuisine.

Regardless of the fare they choose, bistros tend to serve smaller, more modest portions — typically because they operate out of smaller locations and serving large meals to large groups would be impossible.

Those modest portions are also moderately priced in order to be accessible to a wide variety of diners and usually fall within the low to mid-level range.

Finally, bistros are less formal than more upscale establishments and are meant to be fairly plain, welcoming, and easy-going.

When restaurateurs began opening bistros in the United States, the format evolved even further to include more refined decor, fewer tables, finer foods, and higher prices.

Today, most bistro owners don’t define their restaurant as “fine dining” per se. Instead, they define what they offer as classy (and classic) fare in an upscale atmosphere.

What is a bistro versus other restaurants?

To understand bistros, let’s consider Starbucks. Starbucks is a type of coffee shop, but it’s not the only name in the business (others include Bigby, Tim Hortons, and Dunkin’ as well as countless locally owned options).

Similarly, a bistro is a type of restaurant — an establishment that serves food — but it’s not the only option out there.

The umbrella term “restaurant” includes such subtypes as:

So, how does a bistro differ from other types of restaurants? Let’s take a look.

In the majority of cases, patrons order fast food at a counter, and the ingredients (often preheated or precooked) are assembled quickly and delivered over the counter or through a drive-thru window.

After they have their food, customers can take it to go or seat themselves and eat in-house.

At a bistro, patrons will usually be seated by a host or hostess, and the food they order will be prepared more or less from scratch like in a more formal, fine-dining restaurant.

Turnover is still an important variable in the bistro concept, but it’s not given as high a priority as it is in the fast food model. Bistros tend to focus more on higher-quality cuisine and less on getting patrons in and out the door.

While both bistros and cafes provide fairly simple, moderately priced food and drinks to a small dining room, bistros tend to serve full meals to diners who eat at their tables.

Cafes typically serve snacks, cakes, desserts, and other basic fare that can be consumed fairly quickly or even taken on the go. In many cases, diners order food at a counter, pay on the spot, and serve themselves, so the cafe model does not require a large staff of servers.

Bistros and cafes also differ in the way patrons use the facilities. Bistros function more like the typical restaurant where customers are seated, eat, and then leave.

Cafes function more like the typical coffee shop where customers spend more time eating, reading, working, or just hanging out with their friends.

If you arranged the various types of restaurants on a ladder scale based on menu style, preparation method, pricing, seating options, and means by which the food is served, the cafe would fall somewhere between fast food and the bistro (with bistro being higher up the scale).

Going back to the variables mentioned above, fine (or formal) dining is at the top of the scale. With those same variables in mind, the bistro would be a few steps down from the fine-dining experience, more toward the middle of the scale.

These types of restaurants try to create a stylish atmosphere that speaks of elegance, exclusivity, and class.

The bistro, on the other hand, may be less lavishly decorated, not require that patrons be “dressed up” in order to be seated, and only serve one or two courses.

A bistro is a slightly less formal version of a brasserie (which, itself, falls below the fine-dining option).

While still considered casual, brasseries usually include more of the frills and trappings common in more formal restaurants. For example, a brasserie might have linens on the tables, printed menus, and more professional table service (sometimes including a sommelier).

And while it’s not uncommon for some bistros to also have these things, they’re more likely to feel less formal than both the brasserie and the fine-dining experience above it.

A pub — short for public house — is a place where people gather for drinks, a meal, games, and socialization.

The food served in a pub is often more “home-cooked” than one might get in a bistro, and the atmosphere is very casual.

To that end, pub owners might decorate with comfortable furniture that promotes lounging and games like billiards and darts that encourage patrons to stick around and have a few more drinks before heading home.

The bistro, on the other hand, tends to focus on a more meal-centric experience.

Build your bistro with Sling

Whether you’re running a bistro now or planning on opening one in the future, organization is essential for success.

The right software can reduce the time it takes to coordinate all the infrastructure that keeps your restaurant running smoothly.

Sling is a complete workforce management solution built to simplify all the essential activities that go into running a business.

The Sling app makes it easier than ever to optimize your entire team so you can spend more time building your business rather than just running it.

If your dream is to be an owner or manager of a food-service business, understan... 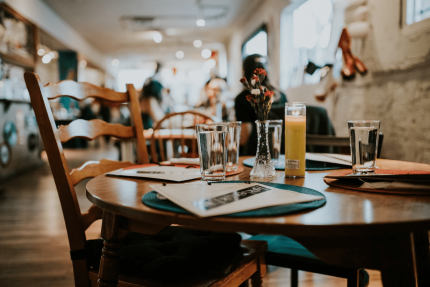 10 Restaurant Concepts And How To Choose One For Your Business

In this article, the food-service-management experts at Sling discuss the popula... 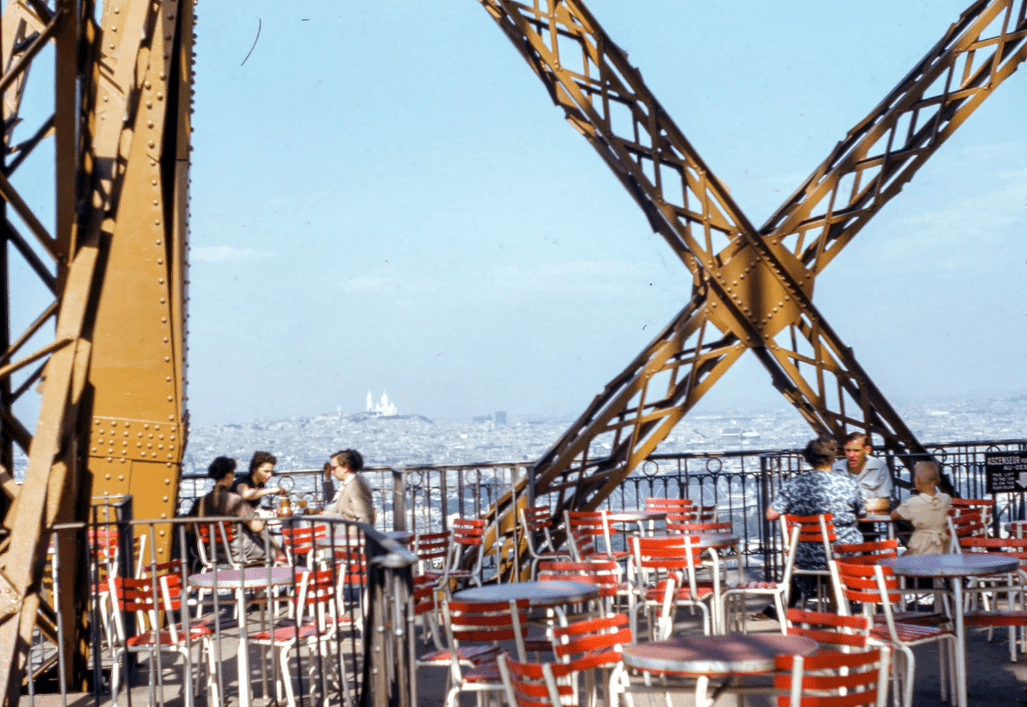 The 20 Most Unique Restaurant Ideas Around The World

Dining, at its heart, is all about the food. But there are only so many ways to ...