The 11 Most Important Management Theories For Small Business

Why is that important? Shouldn’t you concentrate on running your business instead of reading up on old ideas? Yes, you should focus on making your business a success. But that success depends, in large part, on the way you lead your employees.

That’s why these management theories are so important: they give you concrete ways to inspire greatness in your team.

In this article, we’ll give you a brief overview of the management theories every manager should know. Find one you like, do a bit more research, and then incorporate it into your business.

At its creation, Systems Theory (or The Systems Approach) had nothing to with business management and everything to do with biology. That’s because Ludwig von Bertalanffy (1901-1972) — a biologist at the time — founded general systems theory (GST) in an attempt to refute reductionism and revive the unity of science.

The premise of general systems theory is that a system is composed of interacting elements that are affected by their environment. Because of this interaction, the system as a whole can evolve (develop new properties) and self-regulate (correct itself).

When applied to business, experts shorten “general systems theory” to just Systems Theory. In actual fact, Systems Theory is more a perspective than a fully formed practice. Systems Theory encourages you to realize that your business is a system and is governed by the same laws and behaviors that affect every other biological organization.

This introduces such concepts as:

Because it is a way of looking at your business rather than a concrete management process, you can use Systems Theory in concert with the other management theories on this list.

Miner and engineer Henri Fayol (1841-1925) developed his principles of administrative management as a top-down approach to examining a business. He put himself in his manager’s shoes and imagined what situations they might encounter when dealing with their team.

From this, he concluded that his managers — and indeed management in general — had six responsibilities when it came to managing employees:

With those responsibilities in mind, Fayol developed 14 principles of administration that influence how managers should lead their teams. These principles, which range from the importance of maintaining a clean facility to the value of initiative and teamwork, are the foundation for many of today’s most successful businesses. 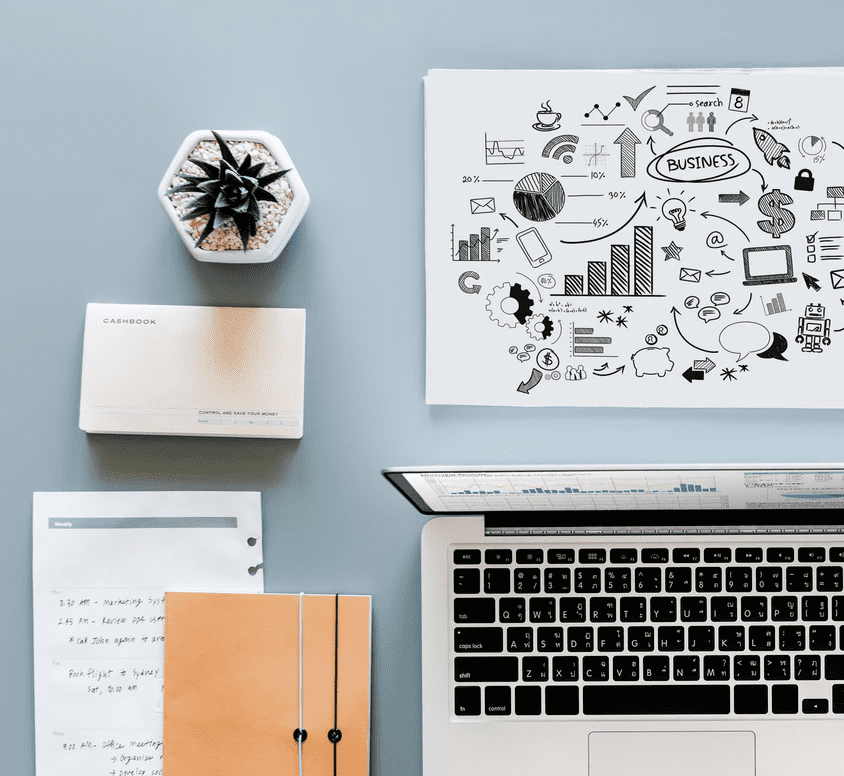 Max Weber (1864-1920) took a more sociological approach when creating his bureaucratic management theory. Weber’s ideas revolve around the importance of structuring your business in a hierarchical manner with clear rules and roles.

According to Weber, the ideal business structure (or bureaucratic system) is based on:

Many today see Bureaucratic Management as an impersonal style that can become overwhelmed by rules and formalities. That said, it can be very useful for new businesses that are in need of standards, procedures, and structure.

Toward the end of the 19th century, Frederick Taylor (1856-1915) conducted controlled experiments to optimize his workers’ productivity. The results of these experiments helped him form the belief that the scientific method — not judgment or discretion — is the best determiner of efficiency in the workplace.

Scientific Management promotes standardization, specialization, assignment based on ability, and extensive training and supervision. Only through those practices can a business achieve efficiency and productivity. This management theory attempts to find the optimal way to complete a given task, often at the expense of the employees’ humanity.

The theory as a whole isn’t used much anymore, but parts of it — workplace efficiency, training, and cooperation — are the foundation of some of the most successful businesses on the planet. 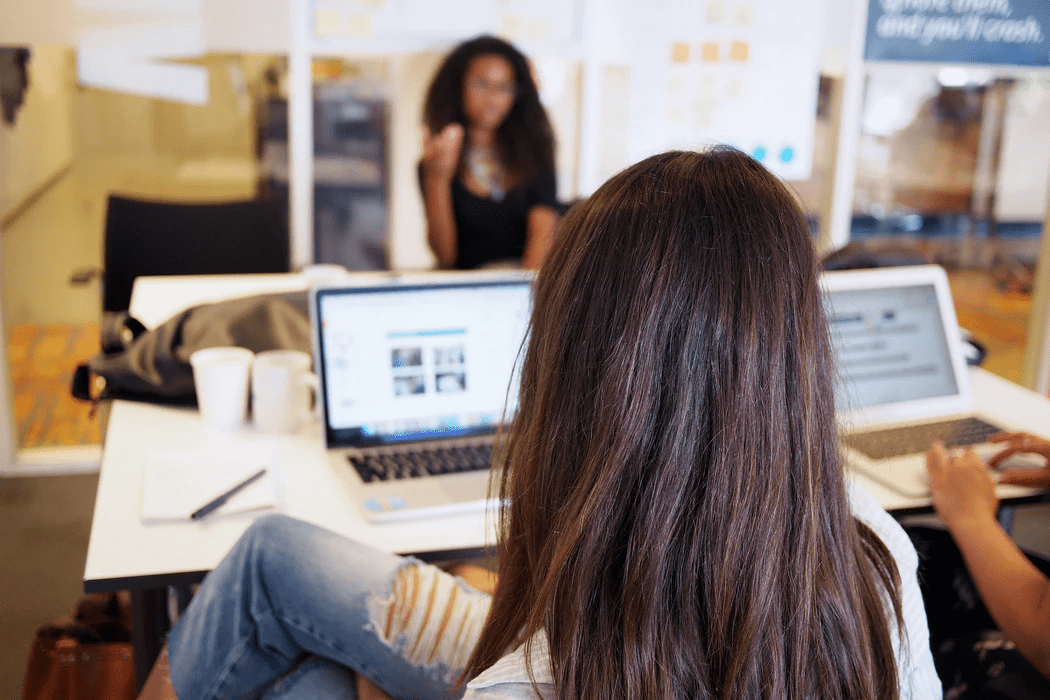 In 1960, social psychologist Douglas McGregor (1906-1964) published his book The Human Side Of Enterprise. In it, he outlined two drastically different styles of management (theories X and Y). Each style is guided by a manager’s perceptions of their employees’ motivations.

Theory X posits that employees are apathetic or dislike their work. Managers who adhere to Theory X are often authoritarian and will micromanage everything because they don’t trust their employees.

Theory Y posits that employees are self-motivated, responsible, and want to take ownership of their work. Managers who adhere to Theory Y include their employees in the decision-making process and encourage creativity at all levels.

In the first quarter of the 20th century, psychologist Elton Mayo (1880-1949) was tasked with improving productivity among dissatisfied employees. Mayo attempted to improve worker satisfaction by changing environmental conditions like lighting, temperature, and break time. All of those changes had a positive effect.

Mayo then tried changing variables that he perceived would have a negative effect on satisfaction, like the length of the workday and quotas (he increased both). What he observed was that regardless of the change — good or bad — worker satisfaction always increased.

These findings gave rise to Mayo’s Human Relations Theory, in which he states that employees are more motivated by social factors — like personal attention or being part of a group — than environmental factors, such as money and working conditions.

When these seven principles are put into practice, they create an “ideal” workplace based on a hierarchical structure, employee specialization, and financial rewards.

Control of the business is held by a select few who exercise exclusive control over the decisions and direction the company takes. Underneath those select few, middle managers govern the day-to-day activities of the employees who are at the bottom of the pecking order.

And all of this revolves around the idea that employees will work harder and be more productive if they are rewarded in larger and larger increments (via wages or benefits).

While this may not sound like an “ideal” management theory by today’s standards, it worked well for many years prior to the early 20th century. And even though the system isn’t applied lock-stock-and-barrel as it once was, there are several strong points that managers can use in the 21st century. They include:

These three principles, combined with other management theories on this list, can improve the way your employees — and your business — works in this modern age.

Fred Fiedler and others conceived of Contingency Management Theory in the 1950s and 60s. Fiedler based his theories on the idea that effective leadership was directly related to the traits the leader displayed in any given situation.

From that idea sprang the belief that there exist a set of traits that are effective for every situation and that different situations demand different leadership traits. As such, leaders must be flexible and adapt to change as the market, the business, and the team demands.

Fiedler then extended that concept from an individual, management focus to a much broader organization-focused theory. Fiedler’s theory suggests that there is no one management approach that suits every situation and every organization.

Instead, three general variables determine business management and structure. They are:

What that means for the individual manager who subscribes to Contingency Management Theory is that they must be able to identify the particular management style suitable for every given situation. They must also be willing and able to apply that management style quickly and effectively whenever necessary.

In a larger sense, businesses and managers who adhere to Contingency Management Theory — whether intentionally or unintentionally — will be concerned, above all else, with maintaining the alignment of their team and achieving a good fit in all projects and situations.

Ultimately, according to Contingency Management Theory, there is no one best way to do things. The way a business chooses to organize will depend on the environment in which they operate.

Modern Management Theory developed as a direct response to Classical Management Theory. Modern-day businesses are faced with navigating rapid change and complexities that seem to grow exponentially overnight. Technology is both the cause of and the solution for this dilemma.

As such, businesses that incorporate the Modern Management Theory into their operations seek to meld technology and, to some extent, mathematical analysis with the human and traditional elements of their organization.

This combination of scientific and social variables creates a dual-pronged approach to management, organization, and decision-making. Modern Management Theory emphasizes:

Modern Management Theory embraces the idea that people are complex. Their needs vary over time, and they possess a range of talents and skills that the business can develop through on-the-job training and other programs.

At the same time, management can use mathematical techniques such as statistical, cost, revenue, and return-on-investment (ROI) analysis to make rational decisions unaffected by emotion.

Though Modern Management Theory isn’t perfect by itself, it does, like Classical Management Theory, offer some useful points that you can combine with other theories to create a structure that is just right for your business. 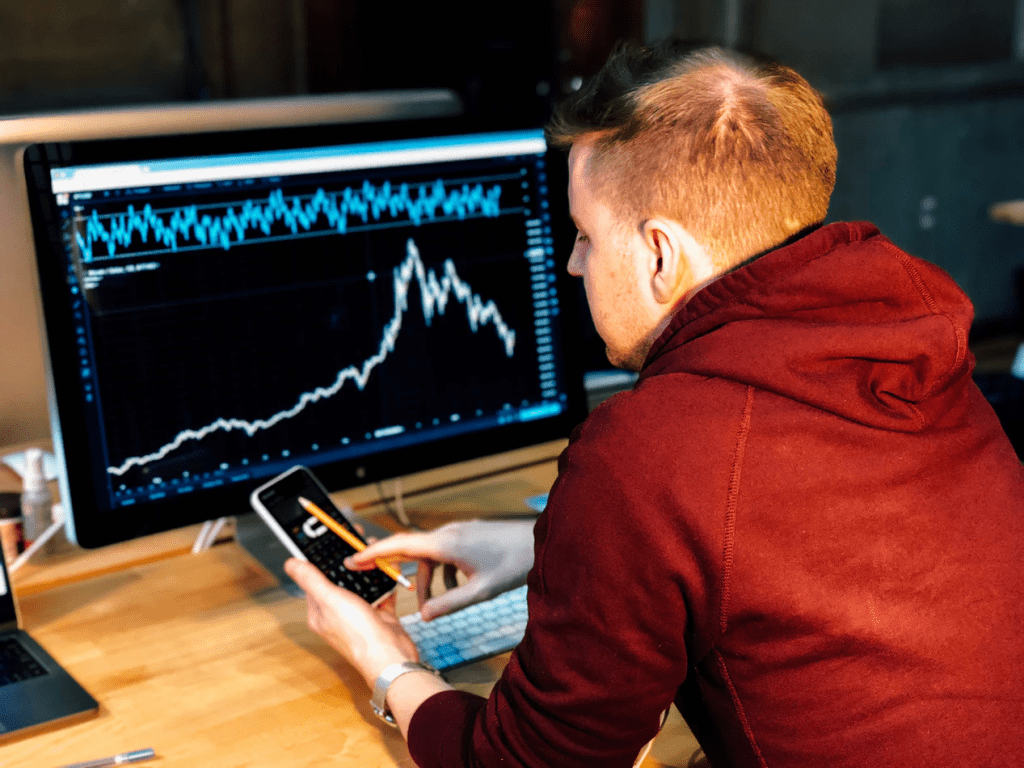 Quantitative Management Theory brought together experts from scientific disciplines to address staffing, materials, logistics, and systems issues for the U.S. military. The clear-cut, numbers-oriented approach to management (which applies to business as well) helped decision makers calculate the risks, benefits, and drawbacks of specific actions.

This shift toward pure logic, science, and math is tempered by the belief that these mathematical results should be used to support, not replace, experienced managerial judgment.

In this theory, managers are responsible for coordinating the cooperation necessary to ensure the larger “organism” continues to function successfully.

Learning and change are major components of this theory, and learning is encouraged and made available to everyone — not just middle and upper-management. The emphasis in this theory is on teamwork, participation, information sharing, and individual empowerment.

The Change Is Worth The Effort

Implementing changes to your management theory and style is difficult. But when you commit to accommodating the attitudes and natural habits of your employees, your business will reap the rewards both now and in the future.

Managing your team in a way they understand (and that appeals to them) results in improved morale, decreased turnover, and better employee engagement. Those results are well worth the effort. 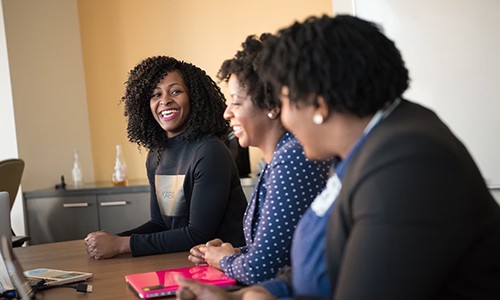 12 Leadership Theories and Styles for Managers

16 Types Of Employees And How To Motivate Them

Want to understand your employees better? Want to tailor your motivation tactics... 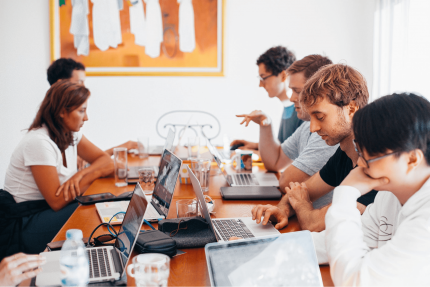 Looking for a way to improve employee productivity and efficiency in your busine...